We know that you have a lot to consider when enrolling your child in primary school, and we want to be there to guide you through this important decision.

At One World International School, we offer a rigorous primary school curriculum based on the International Baccalaureate Primary Years Programme (IB PYP)

Our goal is for students to do more than just memorise facts and statistics. We want the students at OWIS to be inquisitive and collaborative learners with powerful critical thinking skills. Our implementation of the IB PYP framework is underpinned by the UK National curriculum, and we believe that it allows students to excel academically and grow personally. 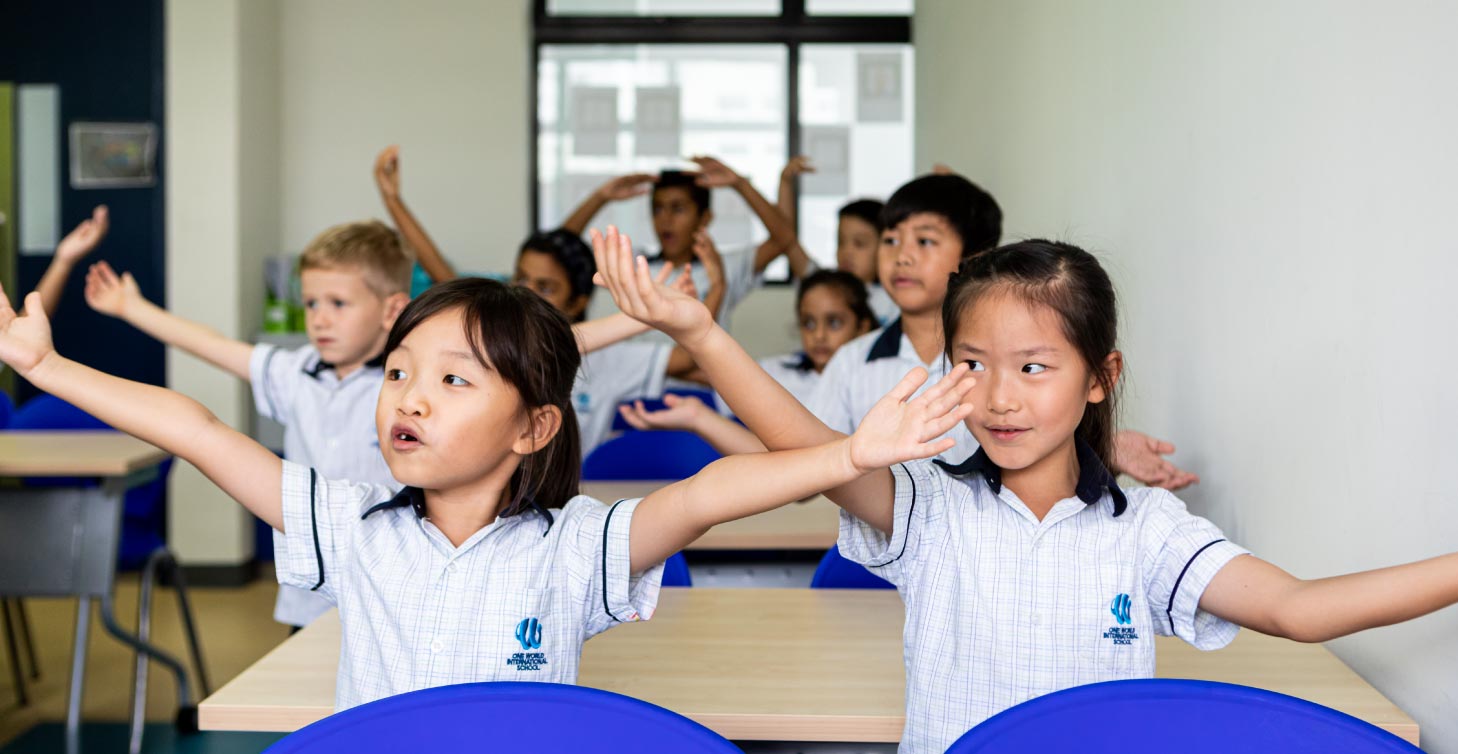 The OWIS Approach to Primary Education Programmes in Singapore

At OWIS, we take a holistic approach to primary schooling. What does this mean?

Well, to put it simply, we believe that each child is an individual learner and that we need to use their unique strengths and interests to foster a love of learning in a way that is natural and organic.

Our IB Primary Years Programme is geared toward students between the ages of 6 and 11 and is designed to provide them with a solid foundation for secondary school. Once they have graduated from primary school, they will have the skills needed to excel in our challenging yet nurturing secondary school environment. 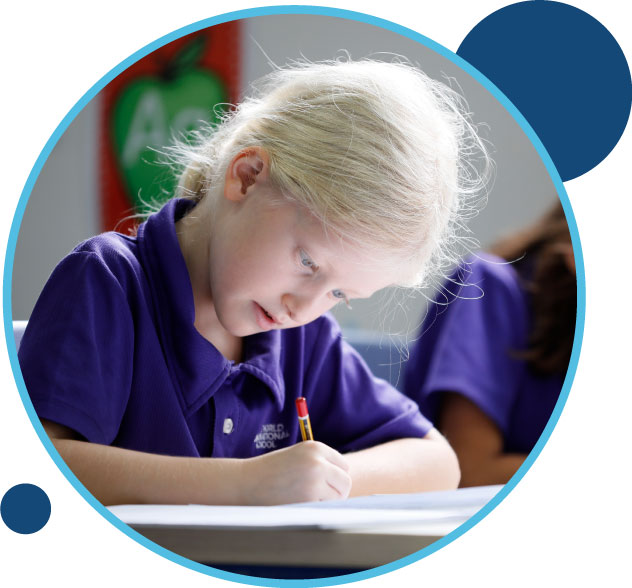 How is our approach different?

We implement the IB PYP framework in a unique way, by encouraging our primary students to investigate topics, ask questions and develop their own understanding of the concepts and ideas presented to them.

Our Programme of Inquiry (POI), within the IB PYP, includes an integrated approach that connects topics from different subjects, helps students make connections between them and broadens their understanding of the world around them.

Our students are encouraged to take responsibility and lead the direction of some of their own learning, with guidance and assistance by the teacher.

Our educators go beyond the basics and encourage students to explore, question, think and engage in discussion.

At OWIS, our Primary School students have

A range of experiential learning opportunities

A maximum class size of 24, enabling personalised learning and feedback

Respect for themselves and others.

A balanced programme of academics, sports and the arts

We believe that through our Primary Years programme, our students will develop an understanding of what it takes to be an internationally-minded global citizen. They will graduate from primary school with confidence in themselves and their abilities, and take responsibility for their learning and actions.

We believe that our primary school is the right choice for your child. Whether you are relocating from another country, or you have lived in Singapore your entire life, our environment and rigorous curriculum will prepare your child for the future. You can expect your child to complete our programme with:

An excellent academic foundation that can be built upon in secondary school.

A developed and distinctive skill-set that will assist your child both within and outside of the classroom.

Originally from Norfolk, England, Rowan has been living in Singapore for more than five years. She has a Bachelor of Science from the University of Westminster, a Master of Science from the University of Ulster and a Master of Teaching from Monash University. She has authored and co-authored a number of scientific articles in medical journals and has presented at international scientific conferences.

Rowan believes that her role as a teacher is to open minds and show children possibilities, nurturing their curiosity and giving them the tools to ask and seek answers to questions, never taking what is presented to them for granted. She strongly believes in teaching students how to examine both past history and the present with a critical eye, looking at topics from all angles and perspectives, with an aim to see the whole picture. Through this, she hopes to help shape individuals who are empathetic, socially just, and kind 21st century citizens and future leaders.

In her previous career, Rowan trained new scientists who entered her department and discovered that she enjoyed it immensely and was also good at it. Later, when she had the opportunity to carve a new career path for herself, she moved to teaching. She loves working with children, their sense of imagination and curiosity and feels that her eyes are opened daily with them.

Rowan loves swimming, visiting nature parks and the local playgrounds with her two children. Along with her husband, she coaches children’s rugby on weekends.

Born and raised in Singapore, Syahira studied at the University at Buffalo (SIM) where she received her Bachelor’s Degree in Communication. She has also completed her PGCE from the University of Sunderland. She has worked in international schools in the United Arab Emirates for 3 years.

As an educator, her philosophy is to make learning come to life. She believes children learn best when they are actively engaged and involved through real-life experiences and a hands-on approach.

Syahira was inspired to teach by her own mother, who is also a teacher. She understands that each child learns at a different pace and it is important to cater to their needs and abilities in order for them to reach their highest potential. She looks forward to working with the diverse community of teachers and students at OWIS.

She strongly believes that teachers should demonstrate kindness by being good role models to their students. She defines herself as a “Teacher by day, foodie by night!” She enjoys trying new cuisines from all around the world, loves to stay active and drink LOTS of coffee!

Serinder graduated from Nanyang Technological University with a Bachelor of Science in Education with Mathematics Specialisation. She has taught in MOE schools for over 13 years. Serinder has taken on a variety of leadership and coordination roles during her teaching career, which included organising a variety of activities for a large number of students.

Serinder views teaching as an invaluable profession. Building positive and constructive relationships with students is one of the key reasons why she chose to teach. She feels these are the kind of relationships that can effectively change a life and bring the most out of an individual. She believes her role as a teacher is not only as an educator but also as a guide and mentor for her students.

Serinder is happy to be a part of the OWIS family and always looks forward to learning from her colleagues.

Travelling is one of Serinder’s favourite pastime. She enjoys travelling with her family and has so far travelled to Europe, Australia and many parts of Asia. Time with family is important to Serinder. She and her husband are proud parents of two young boys.

My children love their school life! Their English skills have improved, they have made good friends and they are much better at using the internet to do their research.

Mother of Suzu and Ann 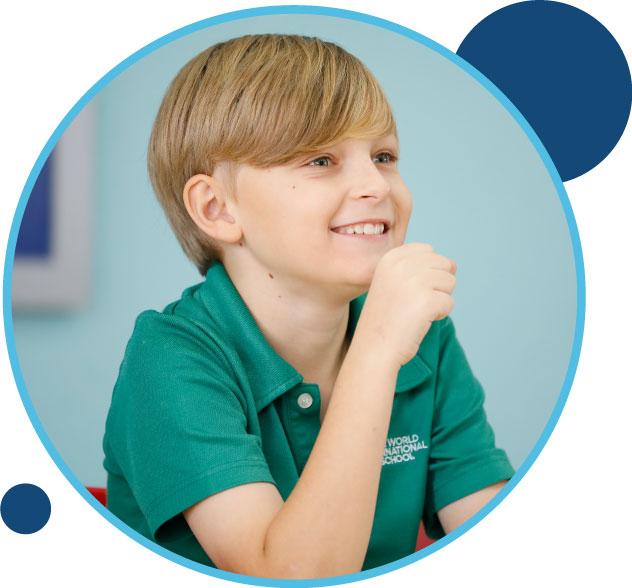 For more information on how our high-quality framework can benefit your child and how we can use a personalised approach to transform your student into a lifelong learner, contact One World International School today.