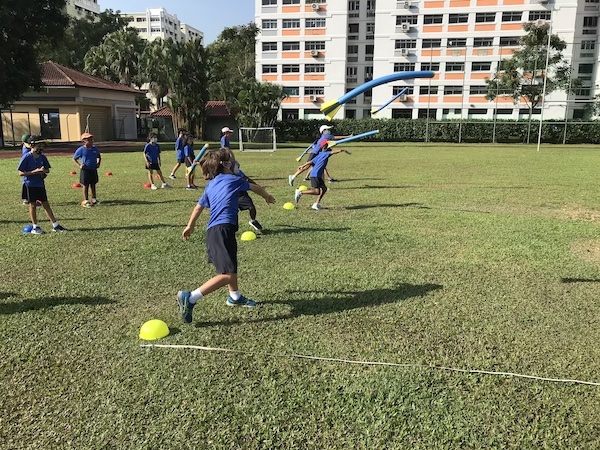 The OWIS Olympics was created in lieu of our annual sports day, which had to be cancelled for the second year in a row due to Covid-19 restrictions.

The Olympics gave the students a chance to compete in a house competition against their entire grade in a safe way. Students participated during their scheduled PE class with the top 4 boys and top 4 girls in each event earning points for their house.

The record for each grade in each event was displayed on the TVs around the school. This gave the students a chance to see what distance or time they needed to beat to become the new record holder for their grade. Even though they completed the events separately in class, they were still competing against their entire grade.

We recorded the house points separately by combining Early Childhood and Primary and we held a separate competition for Secondary. At the end of the six weeks we were pleased to announce the house winners: Willow for EC, Primary and Secondary!

There was definitely a buzz around the school through this event. Students and teachers were constantly checking the TVs around school to see which house was in the lead that week as well as who held the records. It was a friendly competition with the students trying their best. It was also lovely to see kindness across the Olympics with students cheering on their classmates from the same house and giving advice and feedback on the performance so everyone could give their best efforts.

Our congratulations to all the winners and our thanks to our super-active Physical Education department for taking this initiative past the goalpost!

One World’s Got Talent Competition 2022