Originally from Norfolk, England, Rowan has been living in Singapore for more than five years. She has a Bachelor of Science from the University of Westminster, a Master of Science from the University of Ulster and a Master of Teaching from Monash University. She has authored and co-authored a number of scientific articles in medical journals and has presented at international scientific conferences.

Rowan believes that her role as a teacher is to open minds and show children possibilities, nurturing their curiosity and giving them the tools to ask and seek answers to questions, never taking what is presented to them for granted. She strongly believes in teaching students how to examine both past history and the present with a critical eye, looking at topics from all angles and perspectives, with an aim to see the whole picture. Through this, she hopes to help shape individuals who are empathetic, socially just, and kind 21st century citizens and future leaders.

In her previous career, Rowan trained new scientists who entered her department and discovered that she enjoyed it immensely and was also good at it. Later, when she had the opportunity to carve a new career path for herself, she moved to teaching. She loves working with children, their sense of imagination and curiosity and feels that her eyes are opened daily with them.

Rowan loves swimming, visiting nature parks and the local playgrounds with her two children. Along with her husband, she coaches children’s rugby on weekends.

Why Positive Reinforcement Works for Students 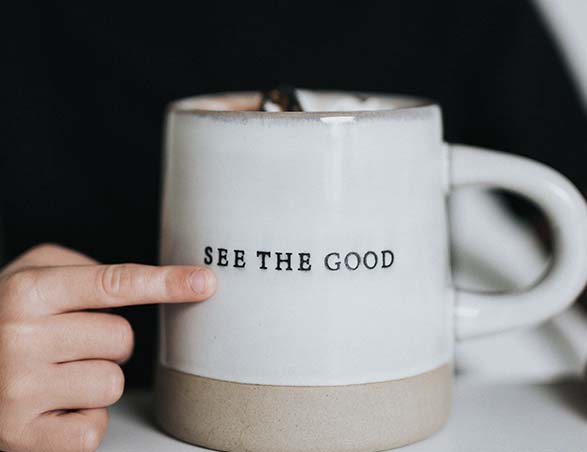 Positive reinforcement is the act of rewarding good behaviour, rather than punishing a poor choice. It's been found to be beneficial for people of all ages, but it's particularly powerful for school-aged children in the classroom setting. At OWIS, positive reinforcement is used at all levels and allows teachers to highlight the right choices that students are making rather than embarrassing them for making mistakes.

How Does Positive Reinforcement Change Behaviours in the Classroom?

When applied promptly after the target action and consistently amongst all students, positive reinforcement can be very effective at changing behaviours in the classroom. Students who feel like they will be acknowledged and rewarded for good behaviour are more likely to adopt those behaviours than those who do not feel it is worth their while. Teachers who are appropriately trained in positive reinforcement techniques can select the types of positive reinforcement that will work best within their classroom setting, depending on the age and development level of their students.

Is it Possible to Change Behaviour Without Punishment?

Yes, it is possible to change behaviour in students without punishing them. Positive reinforcement can be used in many ways to help students develop good habits and avoid making poor choices. However, it is essential to recognise the important role that timing plays in the overall success of positive reinforcement. According to Verywell Mind, research has shown that the sooner a behaviour is rewarded, the more likely it is that the operant conditioning will work. The more time that lags between the positive behaviour and the positive reward, increases the likelihood of rewarding an intervening behaviour inadvertently.

We insist that our teachers utilise positive reinforcement strategies in our classrooms, and we expect that students will benefit from these techniques.

(All OWIS photographs in this blog article were taken pre-Covid. The school is adhering to hygiene protocols and social distancing measures as recommended by the CPE and Ministry of Health, Singapore.)

Originally from England, Rowan Grigoropoulos moved to Singapore five years ago. She holds two Master’s Degrees in Science and Teaching. Rowan teaches primary students to examine subjects from all perspectives as she shapes empathetic, socially just and kind 21st-century leaders. In her free time, Rowan enjoys nature and rugby with her husband and two children.

Tags
Culture & Values
The latest OWIS news, articles and resources sent straight to your inbox every month.
Latest from the Blog
IB Learner Profile Series - What Does It Mean to Be Reflective?
OWIS Teachers Explain: How do we support new foreign language learners in Secondary?
The Mindful Integration of Digital Learning at OWIS Suntec
OWIS Teachers Explain: How we make language learning interesting in the Chinese-English Bilingual Programme

IB Learner Profile Series - What Does It Mean to Be Reflective?

Managing anxiety during a COVID19-driven time of uncertainty

The Importance of Teaching Mindfulness in Schools

What makes an outstanding OWIS teacher?