Originally from the UK, Jasween joined OWIS when the school had only 120 students. What drove Jasween to OWIS was seeing the school place children first, championing open communication and having such strong core values – all of which remain true to this day. 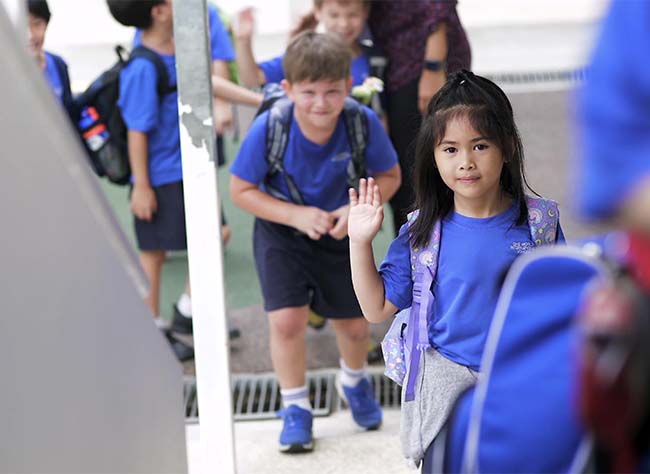 When applying for an international school in Singapore, planning ahead is crucial as it makes the process of applying and transferring to a new school seamless. At One World International School, the academic year runs from August to July. At most grade levels, we accept new students throughout the year. Our secondary curricula (IGCSE for Grades 9-10 and IBDP for Grades 11-12) each last for two years, so it's difficult to admit students in the middle of the programmes. If you'd like to join our school community, here's what you need to know about the best time to apply for a place at OWIS.

School registration and school joining dates frequently depends on when students arrive in Singapore and the academic schedule at their previous school. Those coming from the Northern Hemisphere (the United States, Canada, Mexico and many European countries for example) tend to follow an academic calendar similar to ours and we have many new students joining us from these places at the beginning of our academic year.

On the other hand, students from the Southern Hemisphere (Australia, New Zealand and countries in South America) are usually accustomed to a January-December school year. These families are especially likely to pursue OWIS admissions at the beginning of the calendar year. In some Asian countries, such as Japan, India and South Korea, the school year begins in March-April and ends in February-March. Students from these countries tend to enrol at OWIS half way through our academic year.

Allowing enough time for transitions from other schools

At OWIS, we also have a number of students who come to us from other schools in Singapore. As these schools do not necessarily follow the same schedule as ours, students who want to transfer to OWIS may register with us at any time during the school year.

Another consideration for international school admissions is allowing enough time to navigate the withdrawal and application process. Be sure to register your child at OWIS before withdrawing from his or her current school as some schools in Singapore require at least six months' notice of a student's planned withdrawal due to tuition payment cycles. You would also need to factor in some time to obtain your child’s previous school reports before admission.

We recommend applying to OWIS early — up to a year before your anticipated enrolment date, if possible — for several reasons.

At the same time, we want to emphasise that early registration is not mandatory and we have welcomed families who have arrived in Singapore on the weekend, and have been supported by our admissions team to join us within the week.

Applying to an international school is an important decision, one that certainly should not be made in haste. We encourage parents to talk to our admissions team to learn more about applying to OWIS. Contact us to book a virtual tour. We look forward to meeting you!

What should you be looking out for while visiting a school?

Understanding The Simple Application and Admissions Process at OWIS