As a 2016 graduate of Towson University’s Masters program, Chang is a world language teacher with Mandarin specialisation, from the state of Maryland. Chang has worked in US public schools and the Baltimore Chinese School for over 3 years.

Chang has always been passionate to inspire students’ interest in creativity and innovation, critical thinking, problem solving and collaboration. She believes learning should be student-centered and has composed different types of Mandarin teaching material as per various curricula and students’ feedback.

She hopes to guide students and change their future for the better. She looks forward to creating a positive learning environment for children, helping them become self-motivated, independent and confident human-beings.

Chang appreciates biological chemistry, architectural design, music, foreign languages, script writing and travelling. Among all these, travelling is her favourite thing to do. She has been to over 30 countries, mostly by herself! She enjoys the process of travel planning and understanding the local customs in each place.

How Does a Language Immersion Programme Work? 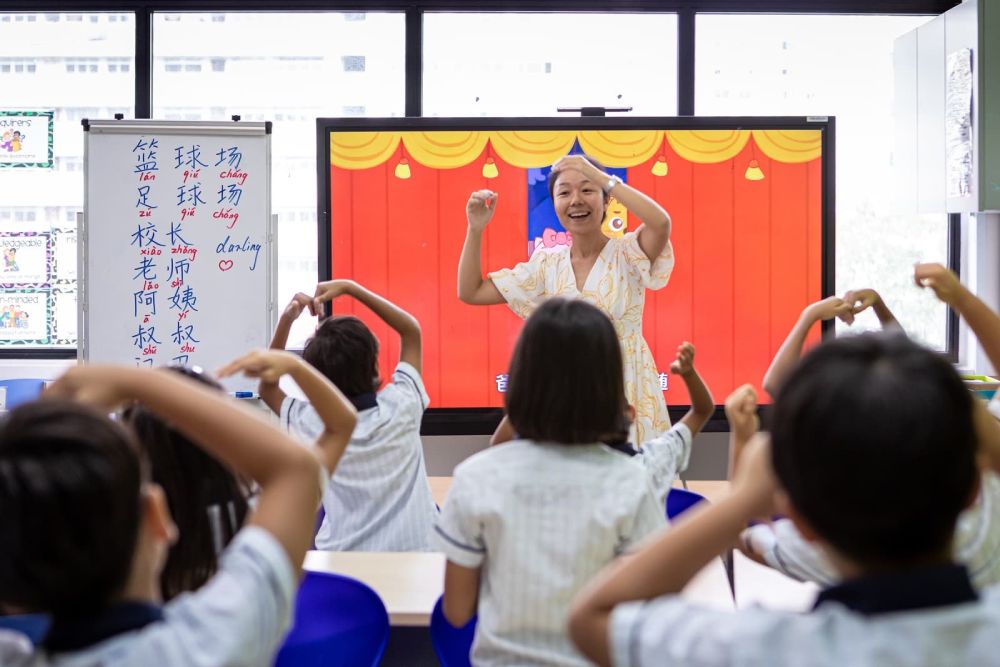 Students of all ages have long been encouraged to study languages, as many research studies connect linguistic skills to other academic achievements. The work that is required to read, write and speak in a new language can help students develop essential skills that they can utilise in other areas of their lives.

While studying a language is important, it has been found that language immersion programmes are much more effective when it comes to fluency.

What is a Language Immersion Programme?

A language immersion programme is an experiential learning technique that goes beyond the basic instruction offered by language courses in traditional curriculum programmes. In a language immersion programme, the student is exposed to two different languages throughout their educational experience. For example, in a Chinese-English immersion programme, students would receive instruction in both Mandarin and English in all of their core courses, rather than merely taking a Mandarin course in addition to all of their other main subjects that are taught in English. This teaching technique has proven to be more effective than other language courses that do not allow for an immersive and intensive experience.

How Does it Work?

There are several distinct types of language immersion programmes. The full immersion language programme is typically reserved for older students who have been exposed at some level to each language that is being studied. In most cases, their lessons will be taught entirely in their non-native language. The immersion teachers recognise that their students will not necessarily understand all they are saying, so they will rely on other tools and resources to provide students with information about the new concepts. For instance, they might use hand gestures, images and technology in order to convey their point while instructing in a different language.

A two-way language immersion programme is unique because it brings together two groups of learners who have different native languages. For example, one group of students may speak English primarily, while another may have learned Mandarin in their homes. Together, the students are instructed in both languages, which allows them to enhance their native speaking, reading and writing skills while simultaneously becoming fluent in a different language.

How Long Does Proficiency Take?

There are many benefits associated with language immersion programmes, including:

At One World International School, we are proud to offer several language programmes for our students. Our primary school students, starting from Grade 1, can begin a language immersion programme through our Chinese-English bilingual programme.

To learn more about our language programmes and the other offerings at OWIS, contact us today or set up a virtual school tour with us.

As a 2016 graduate of Towson University’s Master’s program, Chang Liu is passionate about inspiring students to develop 21st-century skills. Her student-centred approach creates a positive learning environment that helps children become self-motivated, independent and confident. Away from the classroom, Chang has travelled to over 30 countries and appreciates biological chemistry, architectural design, music, foreign languages and scriptwriting.

Tags
Languages
The latest OWIS news, articles and resources sent straight to your inbox every month.
Latest from the Blog
IB Learner Profile Series - The Importance of Being Balanced as Students
‍OWIS Parent Partnership Series: What our high-quality Pastoral Care Programme for Secondary School delivers for your child
IB Learner Profile Series - What does it mean to be a Thinker?
‍OWIS Parent Partnership Series: Learning through play for Early Childhood students‍

Inquiry-based language learning: How it helps when learning a second language

OWIS’ Bilingual Programme: How We Create a Positive Learning Experience