At OWIS, we believe that music plays an integral role in education, and we strive to incorporate music theory and music appreciation into every aspect of our curriculum. At every level, our students have an opportunity to study music and discover the powerful role that it plays in their daily lives.

The OWIS Music Programme includes a variety of elements:

Music appreciation is an essential component of our music programme. Students at all grade levels are introduced to a variety of songwriters, composers and artists. They explore different genres of music and learn about the cultural role that music has played in societies around the globe. Throughout their studies, students discover how classical composers influence today's modern musicians. They also learn about the various elements of composition, including tone, pitch, rhythm and more. Not only do they learn to appreciate a variety of styles of music, but they also discover how wonderful music is created.

As with every aspect of our curriculum, the OWIS Music Programme focuses on hands-on learning and skills-based development. In our music programme, we provide students with the opportunity to learn to play different instruments. This hands-on instruction allows them to discover the differences between the instruments, and to learn about which instrument may be the right choice for them. Many of our students compose their own music while studying at OWIS.

Our innovative music curriculum encourages students to think independently and creatively. They are allowed to explore different instruments and consequently write their own music. The creative skills that they develop while studying music at OWIS overlap into other areas of study, allowing them to succeed in different subject areas as well.

The comprehensive music programme at OWIS extends beyond music appreciation and instrument lessons. It also focuses on vocal studies, which is important for many students who enjoy singing and who want to perform.

Vocal studies allow students to understand their tone and pitch while singing, and gives them constructive feedback that they can use to improve their vocal performance. OWIS students who are passionate about vocal performance can focus on vocal studies in the music programme. Like those studying instruments, they receive hands-on learning opportunities and personalised instruction. Students are able to practice their vocal performance skills and they are given opportunities to perform for the community throughout the year. Our vocal studies programme focuses on helping students become more confident and self-assured as they develop their own voice.

The OWIS Music Programme gives students the freedom to explore many aspects of music. Students can choose to:

The music history curriculum is designed to allow students to develop a comprehensive knowledge of the subject area, which will allow them to speak eloquently and intelligently about the world's best musical composers. Students who can speak confidently about music and a wide variety of other subject matters will be uniquely situated to succeed in a global economy.

Our secondary students have the option to choose Music IGCSE and further their music studies within the IBDP group 6 options with either higher or standard level Theatre or Music.

Nancy found her love for music when she started learning piano at the age of four, and later the violin at the age of eight. She has performed in orchestras as the Concert Master and string ensembles as the lead violinist. In addition, she has performed in masterclasses, honor recitals, concerts and music festivals. She has also collaborated with several instrumentalists for various performances.

Nancy obtained her Bachelor of Music degree at the Manhattan School of Music and Master of Music at the University of Toronto (St. George). She earned her Cambridge International Certificate in Teaching and Learning (CICTL) at the GIG Education Centre and the Arts and Music Instructors Scheme (AMIS) and Co-curricular Activity Instructor in Performing Arts under the Ministry of Education (MOE).

As a pedagogue, Nancy’s teaching philosophy is to ignite students’ interest and curiosity, develop their critical-thinking skills and foster their ability to apply the skills they have learnt in class into their everyday lives. She aims for students to become active learners and take ownership of their own learning.

Prior to joining One World International School, Nancy taught at the Overseas Family School as the International Baccalaureate (IB) Middle Years Programme (MYP) Music Teacher and the Piano Pedagogy Programme at the University of Toronto (St. George) for students between the ages 5 to 7. At the Piano Pedagogy programme, she has researched and utilised the Orff, Kodaly and Dalcroze methods.

Jeslin became a teacher because she loves young children. However, over many years, she came to realise she enjoys teaching adults as well. She has spent the last decade teaching music to individuals from ages 4 to 55.

Her goal as a teacher is to inspire and impact others through music. She focuses her time on teaching students how to become the best versions of themselves. She finds it gratifying when students come to her for personal advice about their career choices, important life decisions, and more.

At OWIS, she looks forward to learning and growing with students and colleagues. In her free time, Jeslin loves to paint, and she also enjoys acro yoga (acrobat with yoga poses), travelling, backpacking and experiencing different cultures and lifestyles.

Erwin was born and raised in Singapore. After completing his National Service, he went to USA to pursue his degree in Bachelor of Music at Berklee College of Music. Upon returning to Singapore, he attended his teacher training course at Nanyang Technological University/NIE and was awarded a Diploma in Education (Music Specialist).

As a teacher, Erwin believes an ideal music lesson should be fun and engaging where students are always playing various instruments and making music. He also believes that the students should be given the opportunity to learn as many instruments as possible in the classroom such as the ukulele, acoustic guitar, keyboard, pitch and non-pitched percussion instruments. With this is done, children learn to use instruments as a tool, to not just perform but also compose and analyse music. All students should participate in as many performances as possible because from these performance experiences, they will become more confident, disciplined and committed to giving their best. They will understand how music works as Art and they will be able to appreciate music better.

Erwin's history teacher who taught him A Level History inspired him to become a teacher himself. He can never forget all the efforts his history teacher put in to get him to where he is today.

Erwin believes OWIS has a bright future as a leading international school in Singapore. He is happy to be a part of this growing community and also to continue grooming future talents.

Matheu was born in Cape Town, South Africa. He pursued his Master's Degree in Conducting at the Royal Conservatoire of Scotland and was a Visiting Conducting Fellow at the Juilliard School in New York, USA. In his career, he has worked primarily as a Freelance Conductor, Musical Theatre Director, and Lecturer in Conducting and Directing at numerous universities in the UK and South Africa.

Matheu believes learning is a privilege and a lifelong journey and that the primary function of educators is to instil an insatiable thirst for knowledge. He leads by example and is not afraid to show that he is learning with his students, so they, too, can fearlessly take on discovery, break through barriers, have the courage to make mistakes and keep trying and growing.

He looks forward to making a positive and lasting impact at OWIS. He is proud of being a good and loving father to his two children. In his free time, he enjoys reading, cycling, tennis, coding, yoga, long walks and swimming in the ocean. 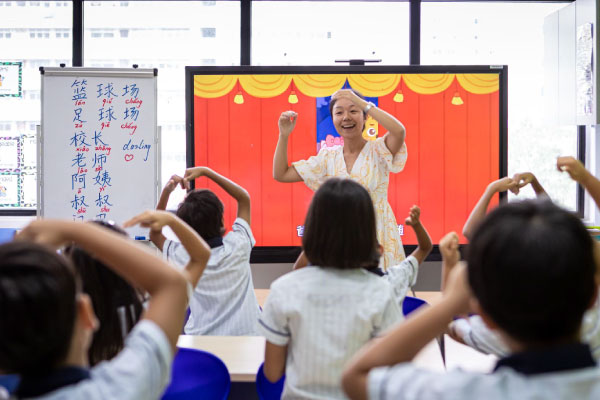 Improve your child’s exposure to a second language and culture through our immersive language programme. 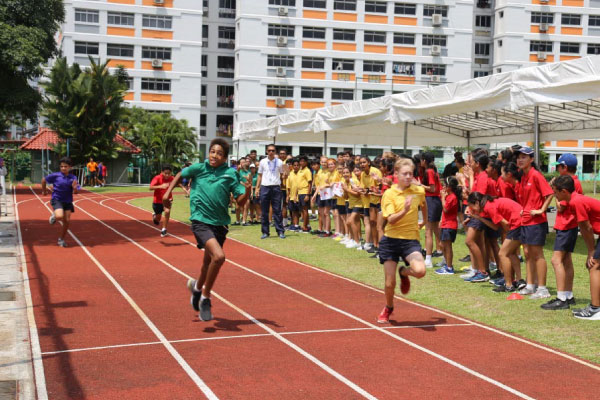 Explore our sports curriculum and find out how we support and prepare your child for both individual and team sports. 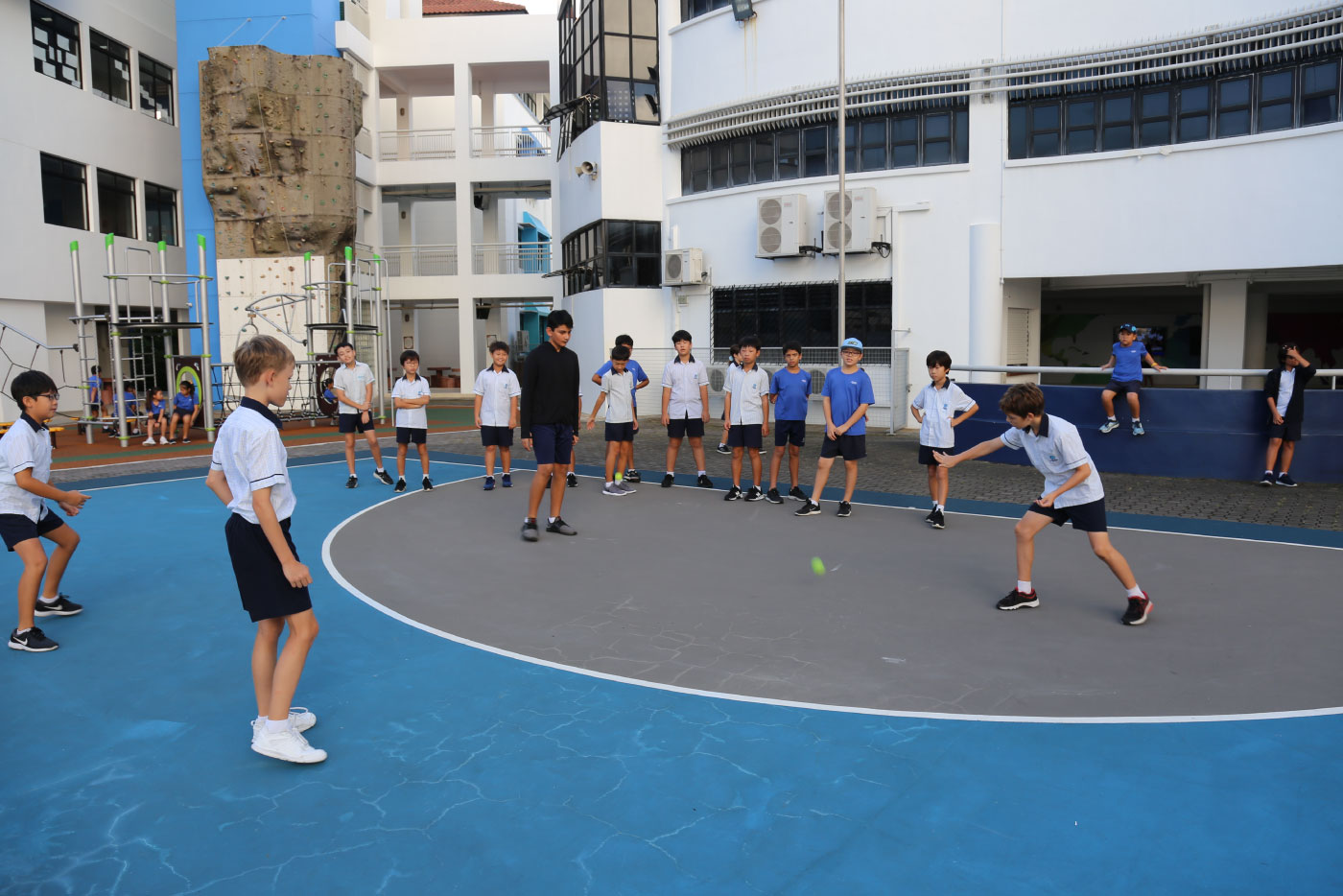 Discover how we extend the learning experience for your child beyond the classroom walls while allowing for a mental and physical break during the day. 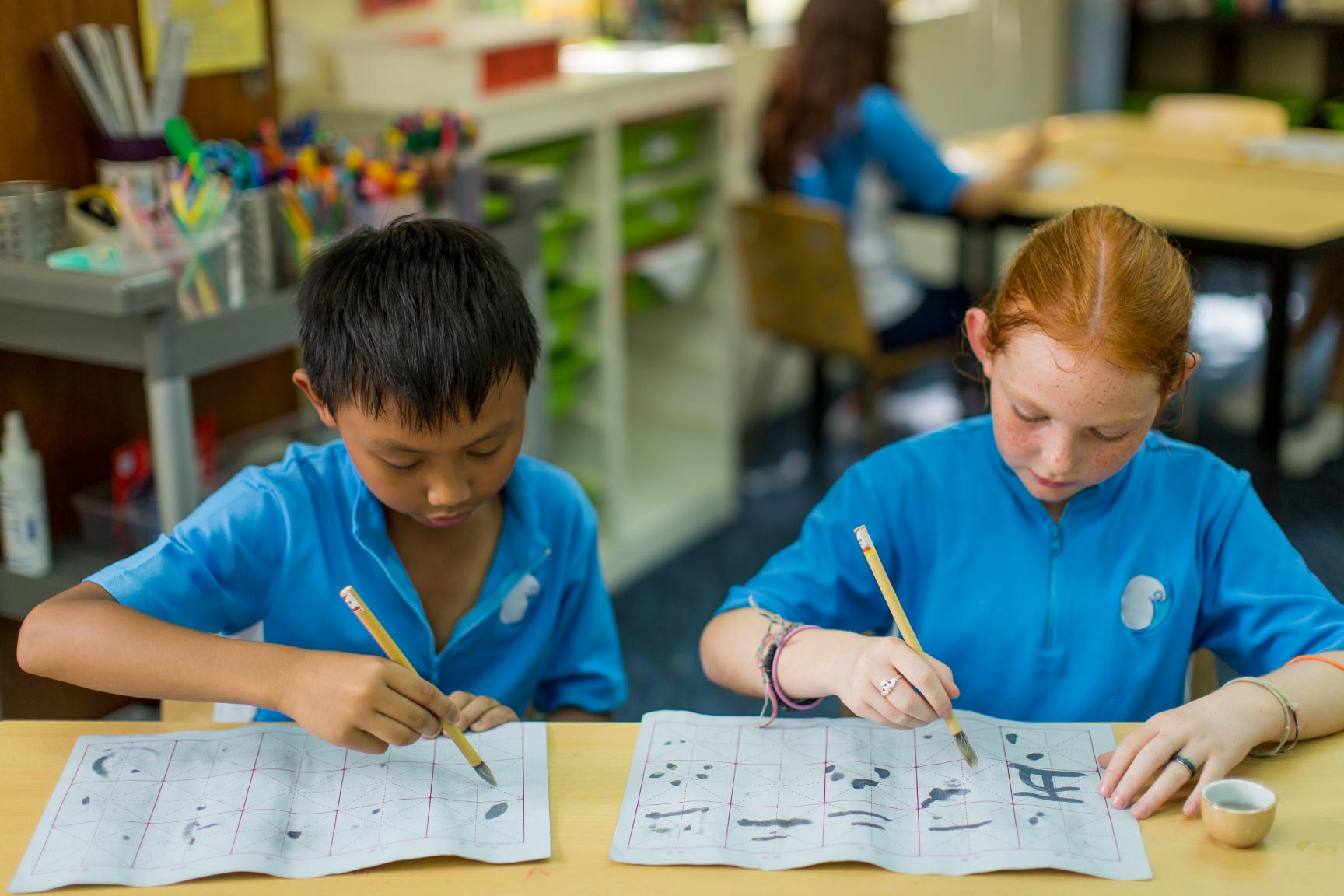 Understand how our Arts Programme uses the elements of visual, creative and performing arts to give your child an appreciation of the benefits of artistic expression.

Learn more about our child-centred teaching methodology. Discover why our rigorous and holistic curriculum successfully prepares your child and see how we raise internationally-minded and confident lifelong learners.